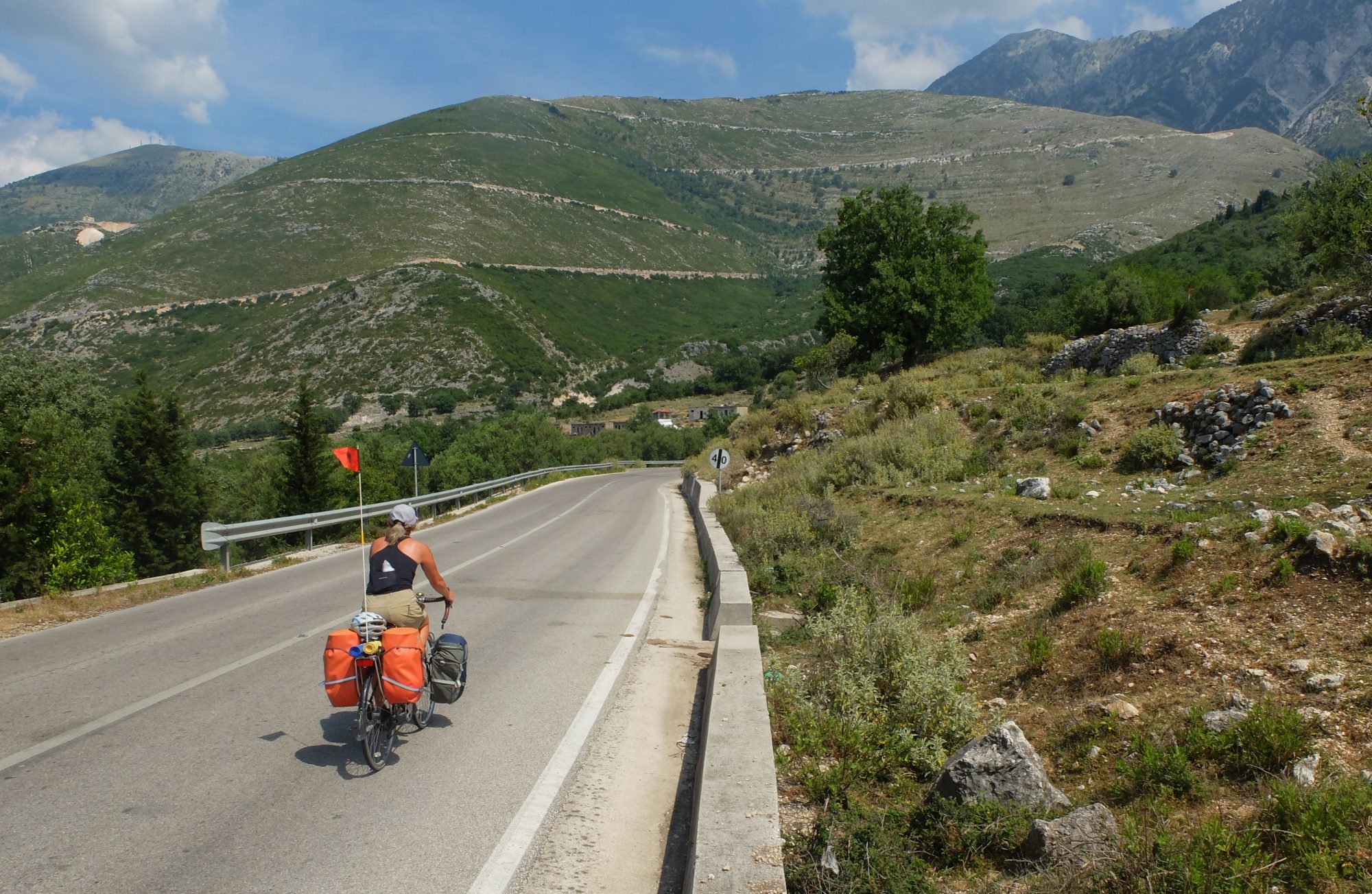 It was an inauspicious start to our trip. The flight from YVR to Newark, NJ was uneventful but things went array on the next leg to Buenos Aires. About 45 minutes into the flight, when we well over the ocean, there was a loud bang and the plane shuddered violently. Immediately after the plane continued along smoothly but it felt like we had hit something. What that could be at 30,000 feet was anyone’s guess. An hour or so later the pilot announced that after consulting with engineering they decided to return to Newark to figure out what had just happened, and thus began an exhausting two additional days of travel with endless line ups, poorly organized shuttles, fitful sleeps and much confusion. The final approach into Ushuaia was the roughest I’ve ever experienced and foreshadowed the famous winds of Tierra del Fuego we had heard so much about. The passengers all burst into applause once we were firmly on the ground. 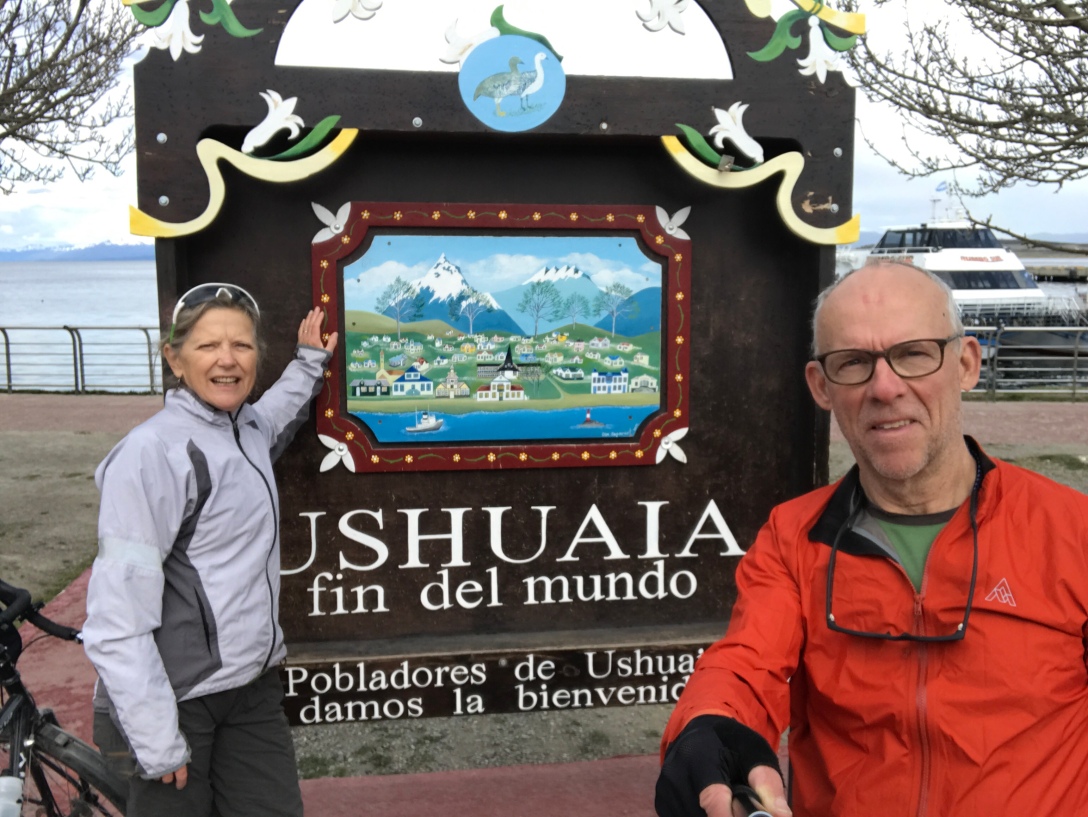 Ushuaia is in a truly dramatic setting. A somewhat ramshackle town that was once an infamous penal colony it now is a tourist destination built around it’s slogan ‘el fin de mondo’ (the end of the world). It is a port city but its most significant feature are the rugged, snow clad peaks that tower over the town. For me the architecture was also intriguing. Every structure, home or commercial, was different. Every imaginable roof pitch, dormer, gable, exterior cladding, window style, trim detailing, colour, etc. was employed. It was a bit of a mishmash but I couldn’t help but appreciate the creativity.

To date we are super impressed with the Argentinians. Despite their reputation in Latin America as being arrogant we have found them universally friendly, engaging and generous. In a country that reveres Evlta Peron it is no surprise that we find the women strong and out going.

After 3 days of trying to get our act together in Ushuaia we prepared to leave for the North and disaster struck. We have lost our computer! We have no idea of where or when. We don’t think it was stolen and was most likely lost while passing security for the umpteenth time, tired and harassed by overly zealous security personnel. Whatever the case we felt sick. We have put so much time into organizing our technology and this blog that the loss is a significant setback. We have to put it behind us and try to function with just our iPad. I leave these issues in Claire’s, less technology-challenged, hands.

These early days of riding have been memorable. The first day riding over Paso Garibaldi (450 M) was a gorgeous climb with stunning vistas. We ended up camping at a busy picnic spot just as the rain started. Huddled under our tarp, chilled after our ride and preparing our dinner we ended up being the only overnighters at Lago Escondido. It was a long cold night as I had left my bag liner in a pannier under the tarp and dammed if I was going to crawl out of the tent in the cold wind and rain to get it. The next day brought a great tailwind for the ride into Tolhuin. We headed directly to the famous bakery Panaderia La Union. Within minutes Emilio, the owner, offered us a place to stay, a small, windowless room attached to a flour filled warehouse, the walls, ceiling, door, etc., of which were covered with messages and drawings by ‘cyclistas’ from around the world. We were still reading when Emilio showed up with Jef another cyclista from Belgium who squeezed in for the night.

The next day was intense. Our destination was an estancia (ranch) only 60 K distant but a fierce wind out of the west kept blowing us off the road. Despite the wide, good, dirt shoulder I was blown into the ditch once and Claire kept skidding out as we both had to repeatedly dab just to stay upright. Thank God we’re mountain bikers. We had lunch at a particularly aesthetic road side culvert, our only reprieve from the wind. Later that day the wind increased and blasted us head on. Gusting to well over 100 k/hr we could barely make headway hunkered over and pushing our bikes. As we crested a hill we could see the distant estancia and wondered if we were going to make it. Needing a rest we propped the bikes against a guardrail and huddled behind our panniers. Before long Tomas, the owner of the estancia happened by, we piled all our gear into the back of his pickup and we gratefully drove the last km or so to the ranch. He let us stay in an old cabin (gaucho accommodation we assumed) that vibrated in the wind but once we fired up the antique airtight we felt snug as a bug. Minutes later Jef showed up carrying a big bowl of meat and noodles courtesy of Tomas. The following morning we were up at 5:30 and got riding in reasonably light wind and rain. Things quickly degenerated to horizontal sleet. It was tough going into Rio Grande but good rain gear kept us dry.

Of course, we can afford to stay in decent accommodation but in the spirt of typical long distance cycle touring we opted for a Warmshowers stay (i.e., Couchsurfing for cyclists). It is all about the experience and remaining open to whatever comes our way. Our night with Desiz, Antonia, Lea (France) and Sebastian making empanadas for dinner, drinking good Malbec and chatting endlessly was great, maybe not for everyone, but works for Claire and I.

Another early start this morning to beat the wind that quickly degenerated into a fierce headwind that, once again had us pushing our bikes. After 12 K of hard work we stuck out our thumbs and finally got a lift to the isolated border post of San Sebastián. We are now comfortably ensconced in an ad hoc ‘waiting room’ behind customs while we wait out the howling wind outside. Running water, a noisy heater and a clean floor to sleep on, what more could we ask for? Despite a grim forecast we leave tomorrow for the 160 K crossing to Porvenir, Chile, most of which is dirt road and all into a headwind. Wish us luck and light winds!